Is Internet As Safe As You Think

The online world has many advantages such as making it easy contacting other people, keeping in touch with friends and getting involved in each others lives even we are thousands of miles away from each other.

However, Most parents are not aware of what their children are facing through online chats, mobile applications, or innocent looking games.

Dating Sites, Online Games, Cyberbullying... Is Internet As Safe As You Think?

The online world has many advantages such as making it easy contacting other people, keeping in touch with friends and getting involved in each others lives even we are thousands of miles away from each other. It also has a significant impact on small and large businesses and has an important place in our daily business lives as well. It has been reported by a media firm Zenith Optimedia that from 2011 to 2021 the daily usage of the internet has raised from 32 minutes to 155 minutes on average per day which is a significant time. However, we all know that the time mentioned can even get more in some circumstances.[1]

The new generation of children use tablets, mobile phones and therefore they start to use the internet beginning from an early age. Probably for most of us it is familiar that one of the ways of making children eat their meals or convince them to stay quiet is handing them some technologic gadgets where they have access to some cartoon films, games and even the whole World. Is it safe to trust the online world, and give access to our children to the internet together with all possible online threats and inappropriate content?

Nowadays, it is more likely for children to become victims of physical, mental, economic, sexual and any kind of abuses through the online environment.  Chats with strangers who might also be child sexual abusers, gambling websites, websites with adult content, websites displaying and encouraging alcoholic drugs and tobacco usage, websites displaying weapons, etc. These are only some examples of what children are threatened by the internet when used inattentive and imprudent. 18 + websites are easily accessible if no filtering tools are used. Dating sites, chat rooms, online games and cyberbullying are some prevalent threats which can be mentioned when speaking about online dangers.

Dating sites and chat rooms cannot be disregarded in such a context. Unfortunately, it is very easy for teenagers and children to Access such websites by giving misinformation about their age, therefore granting full Access to 18 + apps and websites. These applications are especially dangerous for children because of the rise of paedophilia, a psychosomatic illness in which the individual is sexually interested in children and teenagers. There is a rise in paedophilia patients who use technology to abuse children anonymously.

It has also been reported that some paedophiles are searching for single mothers to be close and reach their children.

Self-harm based online games which also are claimed to lead to children's death by suicide have been reported in many countries. The games are played online, and the participants are asked to follow instructions such as self-cutting their arms and legs, not meeting people for a while, keeping distance to people, not listening to music for a week, etc.[2] At the end of 50 days, the game commands people to commit suicide with the reasoning that the deceased is going to be reborn. These deaths have been reported all over the world including countries such as Italy, Russia, Saudi Arabia, Iran and China which illustrates that the region, culture and religion are not crucial for the effect of the threat, and that online threats are dangerous internationally.

There are also some other online games affecting the psychological and emotional state of children such as fire games, some dangerous youtube videos and challenges leading to hospitalisations. Youtubers are also triggering children to perform dangerous behaviour with their content.

On the other side, online games may also be a step towards Online Gambling, which is also another online threat for young adults. That topic is further covered here.

Cyberbullying is bullying another through daily used devices and social media applications we use. Some examples to cyberbullying are including but not limited to, posting inappropriate photos of another, threatening another using social media or sending unpleasant and harassing messages. Cyberbullying is mainly harming somebody mentally rather than physically. However, psychological violence might result in physical harm or self-harm.  Some causes of cyberbullying are as follows; racism, economic inequalities, physical characteristics, the urge to maintain popularity, etc.

Research has shown that individuals under 25 who are exposed to cyberbullying are more than twice likely to self- harm and even commit suicide.[4]

Parents Role in Protecting Their Children From Online Threats

Parents should be aware that online life is now interbedded with offline experience and cannot be seen separately, and they should act accordingly. They should take some extra precautions such as installing filtering tools in their devices and checking the web history if possible. Parents should be good role models by not overusing mobile devices and internet when spending time with their children.

They should try to keep control, however not exaggerate it keeping in mind that their child is an individual. A sincere parent-children relationship where the children are not scared to talk to their parents is always the safest way of keeping children away from online threats by gaining the child's trust.

We can say that even the internet looks beneficial, it has many threats that we would not even think about. That is why we should be cautious when giving the control into the hands of our children.

How Net Filter Pro Can Help

Our browser extension provides the only Selective Content Filtering capability in the industry. Using our extension, end users will not have to block domains or urls, The online contents that include pornography, violence, hate speech, drug related or gun related contents will be filtered out, and safe content will still be presented to the user. If you want to get more information about Net Filter Pro extension, or give it a try, please visit:

Get our latest news on your email:
Some Other Posts You May Like:

We understand the need, and we developed a technology that does not block popular platforms, but smartly filters only harmful content. 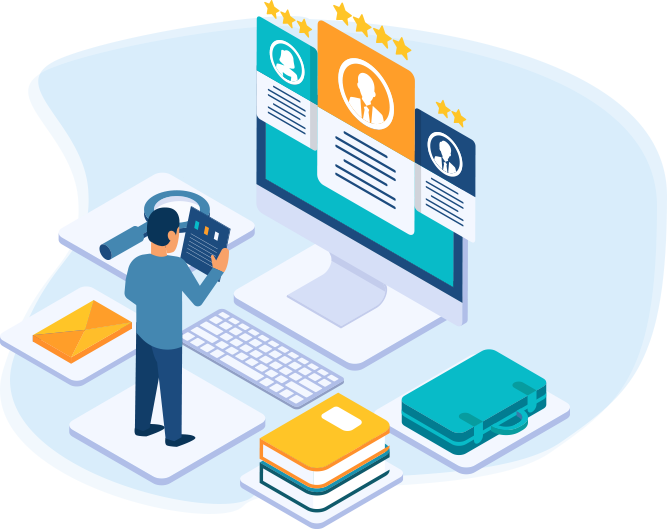 We develop technologies for a better online experience

Our aim is to protect younger generation against online threats, and provide them the opportunity to still access any online resource that is not dangerous.

Internet is full of potential for the growing future adults, and we believe we can provide them a great technology which enables them to access clean and harmless content, while blocking and hiding out harmful and objectionable content, all at the same time without the need to completely block all websites or platforms . For any question or comments, please contact us via:

Most of the famous and commonly used websites such as Google, Twitter, Youtube, Facebook cannot be classified as totally harmful or totally clean. As a parent, you would like to allow your children or even yourself to see the good content on these platform, while blocking the bad and harmful content.

We believe our technology is unique, yet simple. We simply allow all such websites to render, but analyze parts of the website and filter out that part only, leaving all the other content untouched. We call our technology 'Selective Content Filtering'

Completely blocking a website would restrict your children to get the benefits of these websites. Preventing access to Google search results, or Google Images results, Youtube videos could be an option for parents, but that will hinder their learning. Also, if children are not allowed to access these websites, they will quickly find alternatives which provide same or worse contents.

Filtering out only harmful content, while preserving the good content and allowing to access all websites is a great way for both protecting the children, but also allow them to get the full potential of the Internet .

Also, our database is updated regularly with new input that defines further what is harmful according to parents.

The analysis of text and images are performed based on harmful content definition, which are part of the application

Will The User Notice The Usage Of This Application?

The user will not notice that some contents are filtered out. All the filtering happens in the background, and the content is simply hidden from user interaction, thus they don't even know that filtering is implemented.

Based on user selection, you may chose to overlay an image on top of the filtered content, but that's optional. The default behavior is to hide out.

Can I View Which Websites My Child Visited?

Yes, you may create an account here My Account and connect your child device. Then all page visits of your child will be listed under your account.